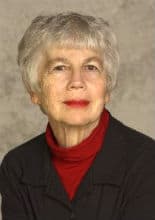 Mira Wilkins is Emeritus Professor of Economics, Florida International University. She holds an AB degree from Radcliffe College/Harvard University and a Ph.D. from Cambridge University in England. She has taught at Columbia University, Union College, and Smith College.

Professor Wilkins has written extensively on the history of multinational enterprise and on the history of foreign investment in general. Her initial research on multinational enterprise was on the history of U.S. business abroad and began with an archive-based book on Ford Motor Company's international business. Cambridge University Press in 2011 brought back into print as a "classic" that 1964 volume—American Business Abroad: Ford on Six Continents. Professor Wilkins has published four books with Harvard University Press, The Emergence of Multinational Enterprise: American Business Abroad from the Colonial Era to 1914 (1970), The Maturing of Multinational Enterprise: American Business Abroad from 1914 to 1970 (1974), The History of Foreign Investment in the United States to 1914 (1989), and The History of Foreign Investment in the United States, 1914-1945 (2004). She currently has in process a book that will cover the history of foreign investment in the United States, 1945-2012.
She was a contributor to and co-edited (with Harm Schröter) The Free-Standing Company in the World Economy (1998) and more recently, the author (with William Hausman and Peter Hertner) of Global Electrification: Multinational Enterprise and International Finance in the History of Light and Power, 1878-2007 (2008). She edited an Elgar collection on The Growth of Multinationals (1991).
Professor Wilkins has published in the leading economic and business history journals, including Business History Review, Journal of Economic History, Economic History Review, Australian Economic History Review, Business History, Enterprise and Society, and Entreprises et Histoire. She wrote on “The History of Multinational Enterprise,” for Alan Rugman, ed., The Oxford Handbook of International Business (2009). Among her numerous publications are articles on the history of Japanese, French, Dutch, and Swiss multinational enterprise in the United States, on the international history of automobiles, oil, banking, and insurance, on technology transfers, on trademarks and brands as intangible assets, and on the relationship between foreign direct and portfolio investments. She has published on Venezuelan investments in Florida and on "The Impact of American multinational enterprise on American-Chinese Economic Relations, 1786-1949."  She currently serves on the editorial boards of Business History Review, Business History, Enterprise and Society, and the Journal of Economic Policy Reform. She has traveled to some sixty-nine countries in Europe, Asia, Oceania, Africa, as well as North and South America doing research, attending conferences, and giving lectures.
She is a past president of the Business History Conference (1987-1988) and in 2004 was presented with the Life Time Achievement Award from that organization. She is the recipient of many awards. Since 1996, she has been a fellow of the Academy of International Business.