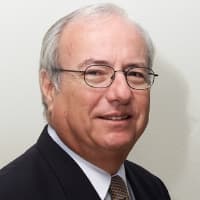 Jorge Talavera holds a Ph.D. degree with honors from the Pennsylvania State University (1979); an MBA from ESAN in Peru (1972); and the professional title of Mechanical Engineer from Universidad Nacional de Ingenieria (National Engineering University, of Lima, Peru) with a major in Electronics.  He is one of the founders of CLADEA, the Latin American parallel of AACSB, and has been its Executive Director since 1986, and its President twice.   He has been one of the most active and most visible leaders in the effort for internationalization of business schools in Latin America through all of this time.

At his own university, ESAN, he started a program of inviting foreign professors to teach courses in the MBA program and in executive education, beginning in the 1980s and continuing today.  The ESAN summer program taught in English receives dozens of foreign professors teaching hundreds of Peruvian and foreign business students in a wide range of business topics each summer.  Long before the push worldwide for business school accreditation and the related emphasis on faculty academic writing, Jorge launched an academic research center and a case clearinghouse at ESAN, where professors obtain incentives to publish in academic journals, and where links to companies are forged through casewriting.  He himself is on the editorial boards of five international academic journals and is the founder of CLADEA’s journal, Academia.

He has helped the development of international business throughout Latin America in his efforts to globalize CLADEA and the member schools, as well as through his direct involvement as Dean at the Adolfo Ibañez business school in Chile (1992-94), and also as President of the Universidad San Ignacio de Loyola in Peru (1996-2006).  He returned to ESAN as President in 2006.  He has also been a visiting professor at Penn State and at Instituto de Empresa in Madrid.

Jorge participates actively in a number of international business school associations, from AIB where he has spoken at the annual meeting on several occasions, to AACSB, EFMD, AMBA, and other associations in Latin America, Europe, and Asia.  He was elected Chair of the global Partnership in International Management, PIM, in 2011. He is also on the steering committee of the UN business school association for Principles of Responsible Management Education.  He is a tireless promoter of international business education (for example, working with several US schools in their CIBER activities over the years).  He also eloquently advocates that we professors and our students need to maintain a global mindset – emphasizing this key idea long before this approach became popular.

Jorge Talavera is an Honorary Fellow of the Academy of International Business as the recipient of the 2012 AIB Fellows International Educator of the Year Award.