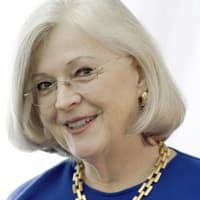 Lorraine Eden holds the Gina and Anthony Bahr '91 Professorship in Business in the Department of Management at Texas A&M University, where she teaches courses on Transfer Pricing, Multinational Enterprises and the Economics of International Business. Dr. Eden has a PhD with Distinction in Economics from Dalhousie University in Halifax, Canada. She has been a Fulbright Scholar and a Pew Fellow, and was the inaugural holder in 2011 of the John H. Dunning Visiting Professorship at the University of Reading. Her research interests are transfer pricing, MNE-state relations, and MNE strategies. She has 150+ publications including six books and 60+ articles in journals such as Academy of Management Journal, Academy of Management Review, Canadian Journal of Economics, Journal of International Business Studies, and Organization Science.

Dr. Eden also has many years of experience as an editor of the Journal of International Business Studies, starting as a guest editor (2000-2001). She was a JIBS departmental editor (2003-2006), JIBS editor-in-chief elect (2007), JIBS editor-in-chief (2008-2010), and JIBS consulting editor (2013-present). In 2007, she oversaw and implemented the journal’s move to Scholar One, developed a set of journal policies, and wrote the JIBS Code of Ethics. During her term as JIBS editor-in-chief, she wrote nearly two dozen JIBS editorials, chaired several JIBS Paper Development Workshops, introduced the JIBS Best Reviewer Awards, and celebrated the 40th anniversary of the journal. Dr. Eden has also been active in the Academy of Management where she is best known for her work on AOM’s The Ethicist Blog, which she developed and coordinated, writing multiple blog posts on research ethics (2011-2014).

She is married to Charles Hermann. They have three adult children and three grandchildren.