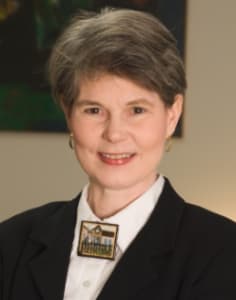 Dr. McDougall-Covin has received several teaching and research recognitions, including Indiana University’s Trustees’ Teaching Excellence Recognition Award and the Kelley School’s Full Professor Research Excellence Award.  She has co-edited four books and published numerous articles which appear in a variety of academic and professional journals, including JIBS, AMJ, JBV, ETP, SMJ, MIR, EMR and JOM. She is a current or former member of ten editorial boards.  Her business teaching cases appear in more than twenty-five leading textbooks, and her research has been presented in the business press, including Inc. magazine, USA Today, and The Wall Street Journal.

As Director of the Institute for International Business, she is responsible for numerous global engagement activities.  Some current projects include: a USAID funded project to strengthen entrepreneurial activities in Myanmar; a partnership with the Asia Pacific World Economic Council (APEC), which teaches women entrepreneurs in developing countries how to start and sustain their own micro-ventures; and the Global Business Institute, an entrepreneurship program for students from across the Middle East and Northern Africa.