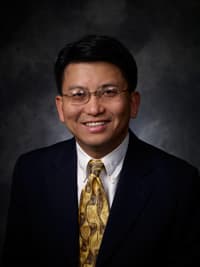 Professor Peng is one of the most prolific and most influential IB scholars. He has published over 100 articles in leading journals (including seven in JIBS) and six books. His market-leading textbooks, Global Business, Global Strategy, and GLOBAL, are studied in over 30 countries, and have been translated into Chinese, Spanish, and Portuguese. During 1996–2006, he was the top seven contributor to JIBS. His research is also widely cited—both the UN and the World Bank have cited his work. A JM article found him to be among the top 65 most widely cited management scholars. An AMP study reported that he is the fourth most influential management scholar both inside and outside of academia among professors who obtained their PhD since 1991.

At the AIB, Dr. Peng co-chaired a Frontiers Conference (San Diego, 2006), guest-edited a JIBS special issue (2010), chaired the Emerging Economies track (Nagoya, 2011), and chaired the Farmer Best Dissertation Committee (Washington, 2012). At the Strategic Management Society, he chaired the Global Strategy Interest Group (2008). He was Editor-in-Chief of the Asia Pacific Journal of Management and managed its successful bid to enter SSCI with an enviable first citation impact of 3.36 (top 18 among 140 management journals).

Dr. Peng has consulted for multinationals (such as Texas Instruments) and international organizations (such as the World Bank). He has won numerous awards and attracted close to $1 million in external funding. He has been quoted in The Economist, Newsweek, Dallas Morning News, Business Times (Singapore), Sing Tao Daily (Vancouver), and Brasil Econômico (São Paulo), and on Voice of America.