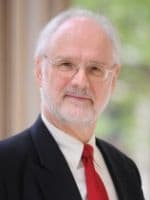 Until February 2012, Dr. Sauvant was the Founding Executive Director of the VCC. There, he sought to make the VCC a leading forum for discussions by scholars, policymakers, development advocates, students, and other stakeholders of issues related to foreign direct investment (FDI) in the global economy and the regulatory framework governing it, focussing in particular on the contribution of FDI to sustainable development. Toward that objective, he launched the Yearbook on International Investment Law and Policy, the Columbia FDI Perspectives, the Columbia FDI Profiles, the annual International Investment Conference, the Investment Law and Policy Speaker Series, and the Emerging Markets Global Players project. He teaches a seminar on FDI and public policy and has published widely in the international investment area. Until October 2011, he was also the Co-Director of the Millennium Cities Initiative at the Earth Institute, responsible for helping African cities attract investment.

Until July 2005, Dr. Sauvant was Director of the United Nations Conference on Trade and Development's (UNCTAD’s) Investment Division (DITE), the focal point in the UN system for matters related to FDI, as well as a major interface with the private sector. His responsibilities included managing the Division; promoting international consensus-building in the areas of FDI, technology and enterprise development; providing intellectual leadership for policy-oriented research; and conceptualizing and supervising technical assistance activities in this field. Dr. Sauvant had joined the United Nations in 1973 and, as of 1975, focused his work on matters related to FDI. In 1988, he became responsible for the Organization's policy analysis work on FDI. In 2001, he became Director of DITE. While at the UN, he created, in 1991, the prestigious annual World Investment Report, of which he was the lead author until 2004. In 1992, Dr. Sauvant founded the journal Transnational Corporations, serving as its editor until 2005. He provided intellectual leadership and guidance to a series of 25 monographs on key issues related to international investment agreements, which were published in 2004/05 in three volumes, and he edited, together with Dr. John H. Dunning, a 20-volume Library on Transnational Corporations (published by Routledge). His name is associated with a great number of United Nations publications on FDI over his three decades of service in the UN.

Dr. Sauvant received a Ph.D. degree from the University of Pennsylvania, Philadelphia. He is a national of Germany, married to Silvana F. da Silva, a national of Brazil.