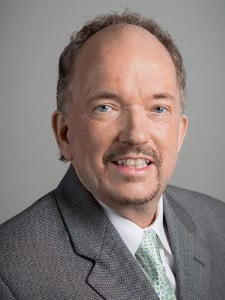 Gary Knight is Professor of Global Management and the Helen Jackson Chair in International Management at Willamette University in Salem and Portland, Oregon, USA. He has co-authored seven books, including two textbooks on international business. He has won awards for teaching at Willamette University and at Florida State University (FSU). He directed FSU’s International Business Program for 15 years. He created and has been lead instructor of 18 study abroad programs in Asia, Europe, and Latin America. He has been a keynote speaker or invited speaker at 28 conferences or universities worldwide.

Gary has provided significant service to the AIB, which he joined in 1997. He is currently Chair of the AIB US-West (the AIB’s Western United States Chapter). He was the inaugural chair of the ‘SMEs, Entrepreneurship, and Born Global’ track of the AIB Annual Conference in 2010 and again in 2011. He chaired the AIB’s Farmer Dissertation Award Selection Committee (now the Buckley Casson Award) in 2008. He has served in other roles for the AIB, including editor, invited speaker, session chair, and panel organizer. He has presented and published more than 30 papers, and made 17 panel presentations, at AIB conferences. He won the Eldridge Haynes Prize for Best Paper at the 2000 AIB Annual Conference.